A case of the Mondays -Episode 1

A case of the mondays are interviews made with artist around the world!

Rock-it-ology: What is your show about?

It's a punk rock radio show in Québec city, on CHYZ 94,3 FM.  Every week, i'm playing old and new punk rock, ska and Punk hardcore bands. Half of my show is dedicated to DIY bands from all around the world that i discover on social medias.

I also play a lot of my listeners's requests when they call me on air or when they are watching my Facebook live! My relationship with the listeners is amaaaaazing! They are so passionate, respectful, funny and nice! We talk a lot about music together! It's very nice cause they could just listen to whatever they want on their own but they still want to share their passion with me! I could not be more grateful!

I also do interviews with Québec local scene bands! That's a lot of fun!

I'm also currenttly working on a new podcast! I'm going to speak english on it (i'm a french canadian so it's a challenge for me haha). I want to put it online in early 2020! 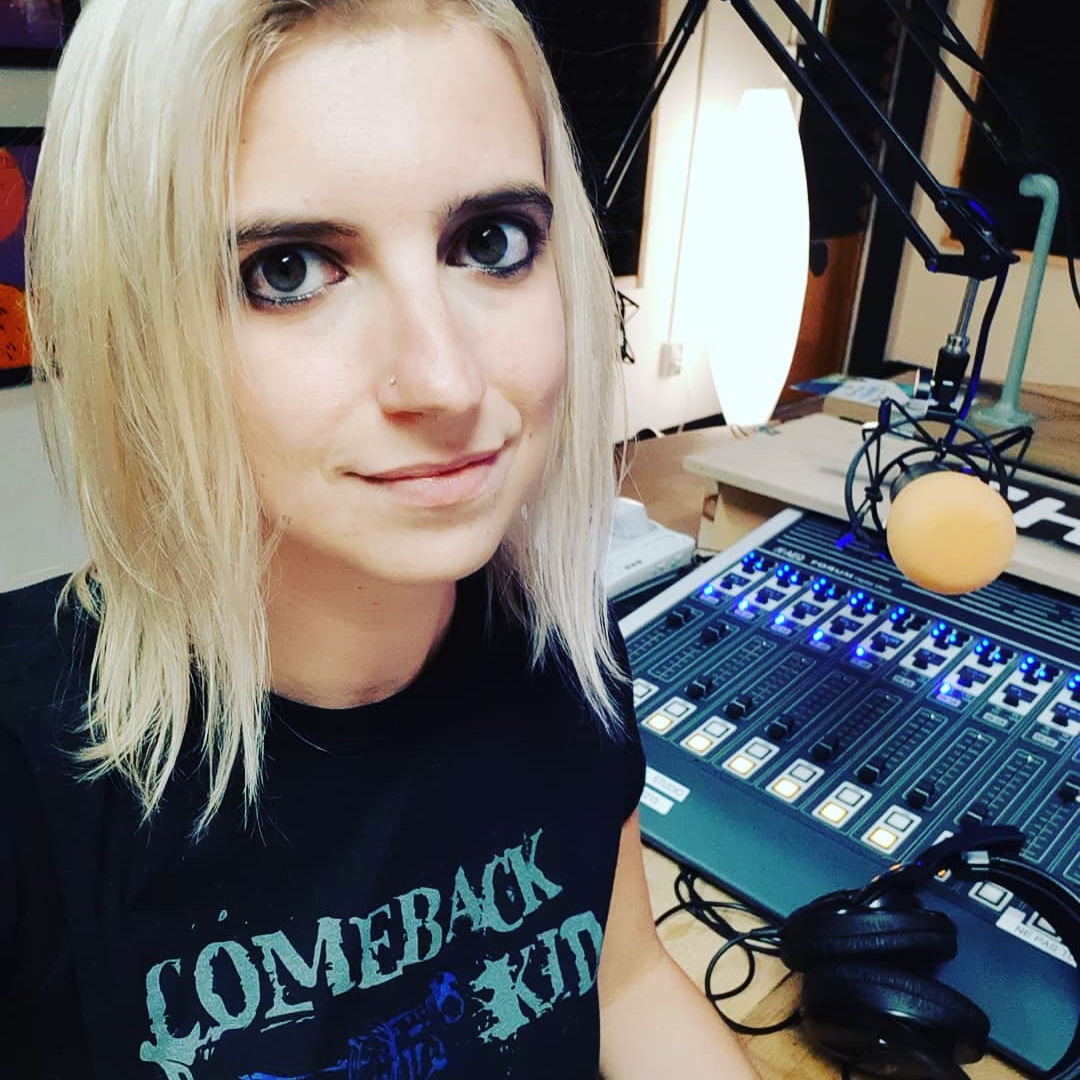 Rock-it-ology: How long have you been doing the show?

Rock-it-ology:  why you started the show?

Rock-it-ology: What are your favorite bands (top 5)?

2) No use for a name : it's probably THE band that really made me love punk rock. I absolutly love all tthe songs! Tony Sly was a genius!

3) Descendents : I took the time to dig into that band only a few years ago and now, i'm totally addicted. I love their very simple, immature (in a good way) and very authentic lyrics. I want to write songs like that.

4) Much the same :  i love that band because of the fast and technical stuff but also for Chris's AMAZING voice. He's one of the best singer in the world, in my opinion. Their lyrics get me emotive!

Rock-it-ology: Top 5 songs of all times?

Same as the above, it could change every day.

1) Nofx - the Decline : It's a chef d'oeuvre! What a brilliant song! The lyrics are still so accurate, unfortunatly.

2) Propagandhi - Potemkin city limits: that song makes me cry every time i listen to it! It's the true story about a pig that escaped from a truck going to the slaughterhouse.

3) No use for a name - invincible: it's one of the first songs i sang with my dear friend and bandmate Simon when we started our acoustic covers band 50 shades of punk rock, 7 years ago! So it's a lot of great memories and i love Tony Sly's vocal melody on it.

4) Moneen - The day no one needed to know. Mannnn, that song is just perfect. I always listen to that song when i'm on a plane at the take off. Cause i'm VERY VERY VERY anxious on planes. This song calms me instantanly. And i loooove its complexity, the transitions, the bass. Damn, i should have put that band in my top 5, above hahaha!

5) A wilhelm scream - Hairy Scarecrow. Ok. The end of that song is so EARgasmic. Sometimes, i listen to that song like 15 times in a row! 🤭

Rock-it-ology: What touches your soul?

I'm an extreme sensitive and empathic (but also very happy) woman so... Almost everything!

What you're doing for your son touches my soul a lot, for example.

Rock-it-ology: What change you would like to see in the world?

A lot of things but i wish we could learn to be truly touched by people's reality. I wish we could try to understand each other instead of always judging and fighting. We live in a very hard era of extreme individuality. We should put our phones away for a while and really talk together!

I think that if we could globaly have that new mindset, a lot of problem could be solved (sexism, homophobia, transphobia, racism, violence, etc)...

Rock-it-ology: an example on how not to be an asshole?

"Try not to compare women with each other"