Name of your band: Immigrant’s Child 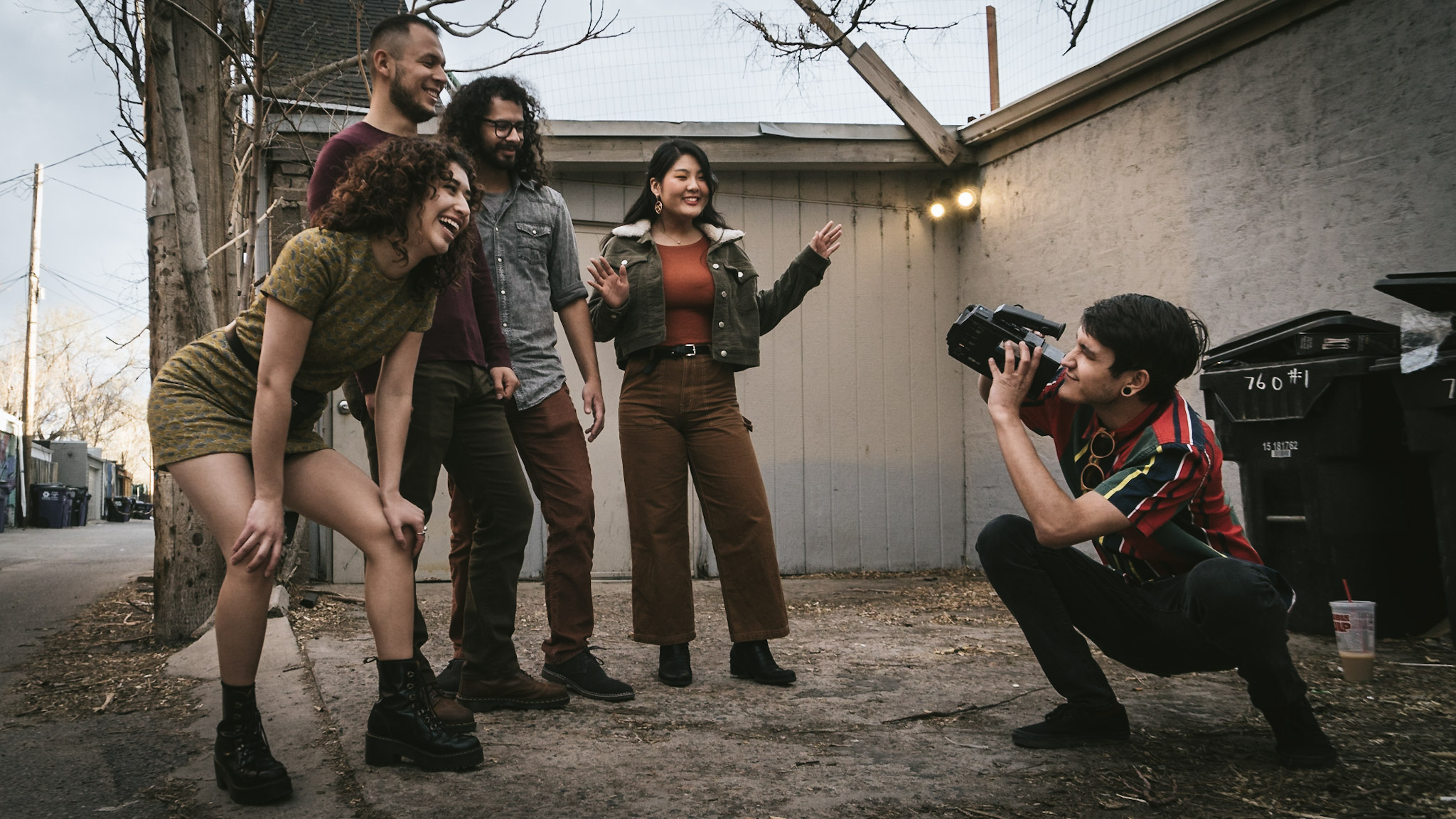 How long have you been singing?

I have been singing since I was 15. I started out in a worship group at my church then I joined School of Rock Broomfield when it first opened and then I studied some Opera in college.

What is the style of music you guys play?

What is the craziest thing that happened to you on stage? And off stage (music related)?

Back in 2016 we only had four band members. Three of us had gone to see one of our favorite bands, Highly Suspect, in concert. Mario (guitar), Josiah (bass), and I had been standing at the front watching the bassist and drummer solo. Halfway through the solo Johnny Stevens (the guitarist/vocalist of Highly Suspect) leans down to me and asks me my name and who I came with. Long story short, he gave us backstage tickets and later invited us to chill on the tour bus with him. At this time our band practices were more like jam sessions. We struggled to write songs and find motivation to continue pursuing music. While hanging out on the tour bus, we told Johnny that we were in a band and he talked to us for hours about music and how important it was that we pursue our dreams. After that night we started writing more, recording and performing and later added a drummer and recorded our first EP. It took a few years to get from there to where we are now, but it gave us the motivation we needed to move forward as a band.

Last year we played a house party and our drummer sliced his thumb on a cymbal before the end of the set. He didn’t notice it until the song was already over. We all looked back at him and when he got up after the song and just saw blood all over the cymbals and the drum heads. He still played through the rest of our set, we had all been drinking a bit so he didn’t feel much of the pain anyways.

Which artists influenced more of your work?

I guess that depends on who you ask. Each one of us has a different taste in music. We pull inspiration from bands/artists like Mac Miller, Black Pistol Fire, The Strokes, Ariana Grande, Grand Funk Railroad, The Beatles, Led Zeppelin, Rage against the Machine, Highly Suspect and more.

You only play original songs?

We try and do a cover every once in a while to help get the audience's attention, but we focus on originals.

In your view what is the best part about being an artist?

For me, the best part is performing. I love getting ready, choosing outfits, planning setlists, setting up the stage and then standing in front of everyone and playing for an audience. Hearing them clap along or cheer along is a really good feeling.

What touches your soul?

I currently work as a vocal teacher at School of Rock and I love seeing the way music impacts the students lives. Every student, whether they are 7 or 63, goes through their own struggles and yet they come in with a good attitude and the motivation to carry on.

Give me, one example on how not to be an asshole?

Always think about how your actions might affect others around you. Stack your dishes at a restaurant to help the server, tip at least 20%, open the door for the person behind you, you never know how you might impact someone.